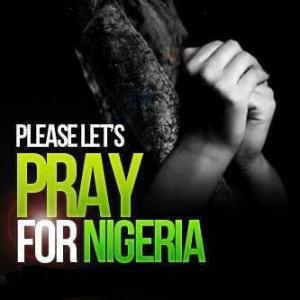 My first post was explaining how 2014 was a year of many unanswered questions. The end of 2014 was overshadowed with disaster stories such as the spread of Ebola, the Air Asia plane crashing into the sea and even in the last week of 2014, the Glasgow crash which also claimed lives. However the year was also known for the year a terrorist group named Boko Haram kidnapped over 200 girls from the Government Secondary School in the town of Chibok in Borno State, Nigeria.

2015 now and the girls have not been found or returned to their homes and Nigeria, particularly the North seem to be in a worse state than before. As a Nigerian,living in the UK, I was used to growing up having to watch news channels such as CNN or Al Jazeera to find out information on the state of Nigeria. However, it was reported that Boko Haram had killed up to 2,000 Nigerians when the Islamist militant group stormed the town of Baga with explosives and assault rifles last week. The shocking news was that here had been little coverage on the British or worldwide stations of this massacre.

Celebrities such as Angelina Jolie and the Kardashians are only now using hashtags such as #PrayForNigeria to raise awareness to the world and finally people are now actually listening. Understandably, the world have been distracted in the last week by the Paris attacks and while, those attacks were also acts of evil, a WHOLE town in Nigeria have been slaughtered and it is not considered big enough to receive breaking news attention?

The problem, however does not lie with first world countries. It is not their responsibility to sort Nigeria out. Where is Goodluck Jonathan? Well! with the election in Nigeria coming up, he is focussing his efforts on the campaign. That is a huge problem in my opinion. During the Paris march, many African leaders were also present and while I do not condemn their presence, the state of Africa is completely dishevelled. I was always taught to help myself before I give myself up to help others, not for selfish reasons but actually to make sure I am suitable enough to give my services.

It is heartbreaking to see Nigeria in this state and the worst part, is that it can all be prevented.

whatneedstobedonehere; The Nigerian government need to finally stop focussing on money and actually start thinking of their nation that they seem to be so patriotic about. The way Nigeria dealt with Ebola is proof that if they stuck together, they could work together and achieve results. They were the first African country to be considered Ebola free and considering Nigeria is considered the most populous country in Africa, that was a great achievement.

In addition, If the Nigerian Government trained soldiers and the police force to deal with Boko Haram, they could stop this getting worse. How much worse must it get before the Nigerian government step up?! 2000 people killed! something that could have been prevented! It truly is a tragedy. The only help Nigeria need right now, isn’t going to come from first world countries or even news coverage in first world countries, but from Nigeria themselves.